Passion for Vietnamese cuisine and cooking

In 2012, following the publication of her first Book, Taste Vietnam: The Morning Glory Cookbook, Ms Vy realised that it was time to bring all of her businesses under one 'umbrella' group. As she was rapidly becoming internationally known in the media as the 'go to' person for anything related to Vietnamese cuisine, she thought it was also time that she created a brand identity which enable customers to easily identify her restaurants and hotel.

Having sold over 35,000 copies, Taste Vietnam seemed the right choice of name. It also reflected Vy's passion for Vietnamese cuisine and cooking. Since opening her first restaurant, Ms Vy, Vy has always had one eye on the future and never a person to rest on her laurels, she is always looking for opportunities and ventures.

With the Taste Vietnam brand, Ms Vy hopes to give Vietnamese cuisine the place it deserves on the world stage. Already regarded as one of the healthiest cuisines in the world, it is unique in the way that it places strong emphasis on the balance and harmony of flavours and textures. Even after over 30 years in restaurants, Ms Vy's passion remains undiminished. 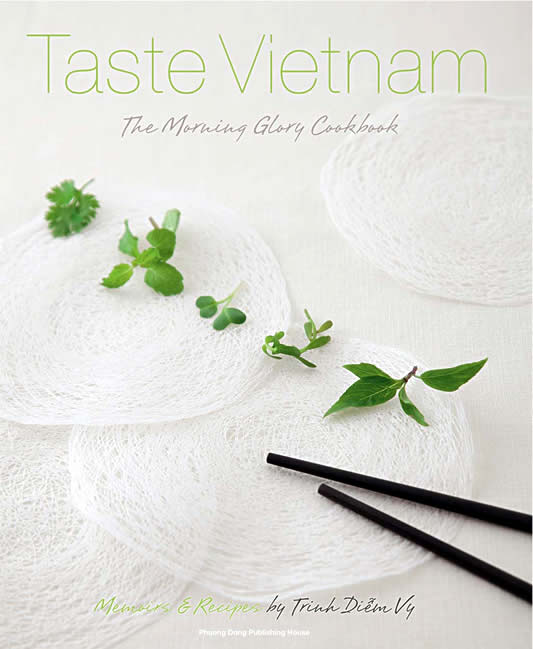 Ms Vy has over 30 years experience in the kitchen - the first 11 of which were in her parent's restaurant followed later by her own. Over this time, Ms Vy has gathered an unrivalled repertoire of Vietnamese dishes.

Being born and raised in Hoi An - historically, Vietnam’s most cosmopolitan merchant city - Ms Vy was also blessed with having parents from the North and South. This allowed Vy to acquire the whole picture of cuisine from the length of the country, which can differ greatly from region to region. This wealth of knowledge and experience enables our Taste Vietnam Group to cater to all guests by offering a variety of dining experiences from fine dining to street food. Each establishment’s menu and ambience is designed to reflect a particular dining style.

Being the first and foremost restaurateur in Hoi An, some of the dishes now regarded as Hoi An specialities, were influenced by her mother and her mother and further developed by Ms Vy.. This has lead to Ms Vy being regarded as the foremost authority on Hoi An and Vietnamese cuisines and the go-to person for all things culinary related amongst global media.

Over the years, Ms Vy's restaurants and cooking classes have been featured in many guide books and publications worldwide. Ms Vy has garnered a reputation as an authority on Vietnamese cuisine and culture and as such has acted as consultant to many world-renowned chefs and television productions. In 2011, Ms Vy published her first book "Taste Vietnam - The Morning Glory Cookbook". The book presents not only a celebration of Vietnamese cuisine, but also a heart-warming, at times poignant, but often humorous account of her life growing up in the UNESCO World Heritage town of Hoi An.

Ms Vy carefully selects every menu to showcase Vietnam’s and Hoi An’s dining cultures - from traditional to modern, North to South, and city to countryside. Alongside the menus, the ambience in each venue is tailored to offer guests a truly immersive experience. To really discover Vietnamese food, we invite you to visit all of our venues. Come Taste Vietnam! 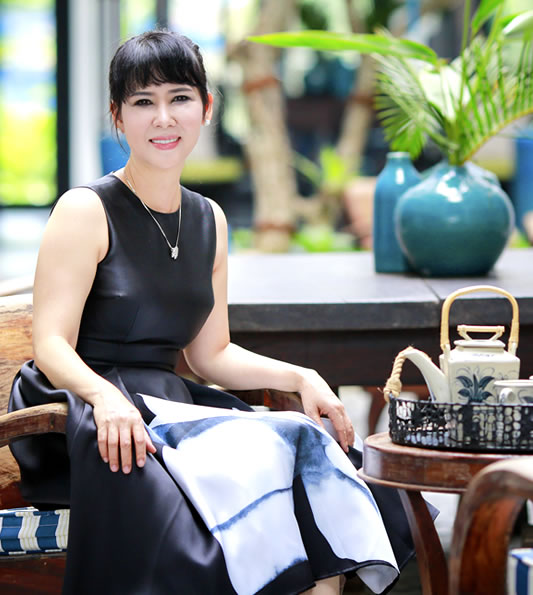 I like to bring the passion that I have for Vietnamese cuisine to all areas of my business. Taste Vietnam is the culmination of that passion.